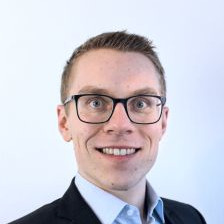 PhD Student at University of Groningen

New publication! 🎉 A longstanding collaboration with the group of Prof. Hans-Werner Schmidt in Bayreuth published exciting results in Macromolecules:

For everyday plastics, nucleating agents are a valuable ingredient to reduce the product’s processing time, or to clarify the material [1]. As such, nucleating agents are routinely employed in the production of mundane things like lunch boxes and plastic bottles. However, for functional conjugated polymers (a material class that is used for optoelectronic devices such as OLEDs or organic solar cells), there’s still a lack of good nucleating agents, which limits our control over the microscale film morphology, which is an important factor for device performance [2].

Using hyperspectral imaging, I compared the fluorescence response of thin P3HT films prepared with and without nucleating agent. Our setup’s spatial resolution of about 500nm (Abbe limit) allows us to uncover inhomogeneities in the local optical response of the films, such as impurities of various kinds. However, the lack of such local inhomogeneities indicates that the nucleating agent disperses well within the material, and should be readily applicable in solution-processing for organic optoelectronic devices.